The Glaring Potential of the Fighting Clams 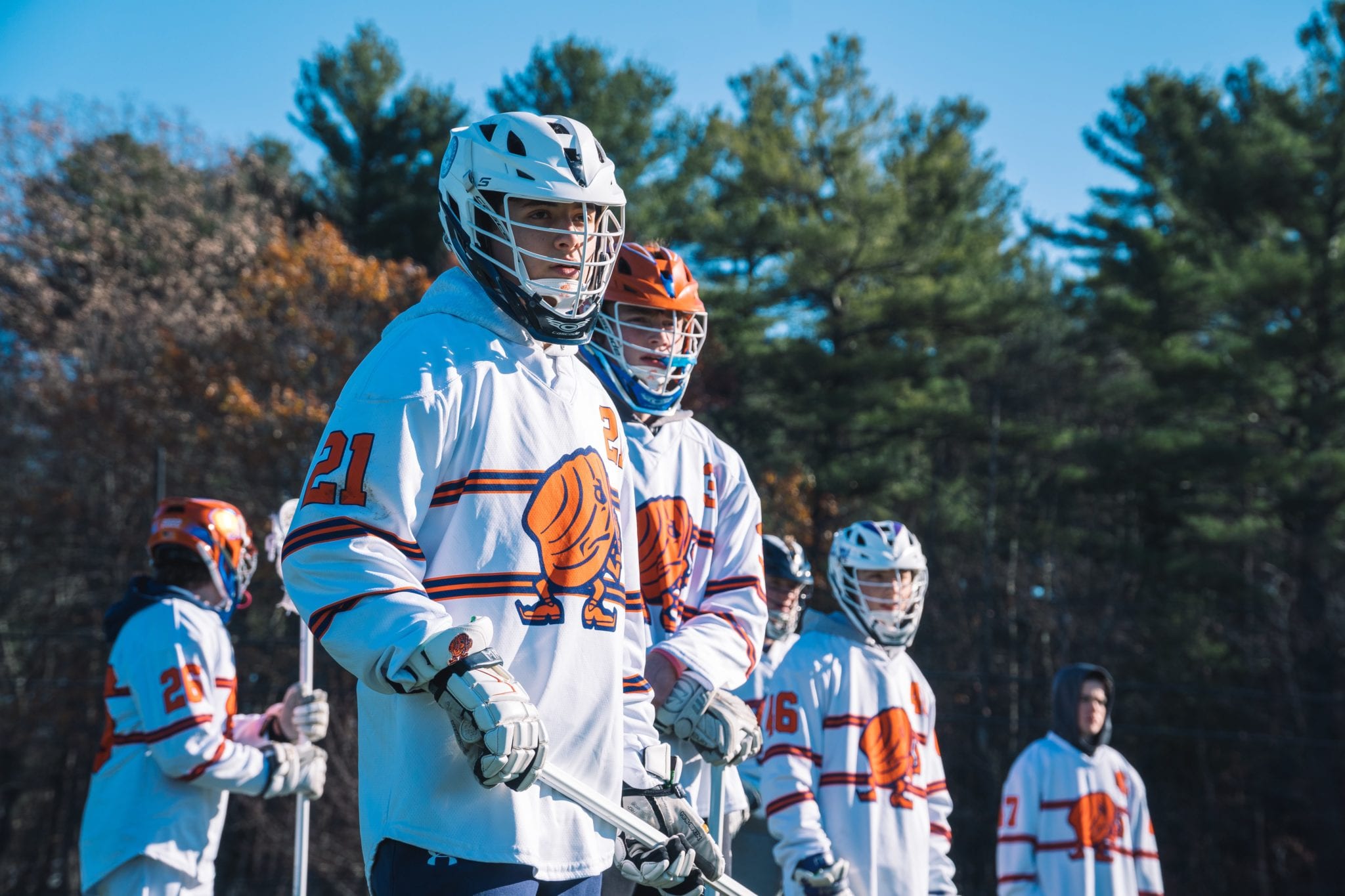 The Glaring Potential of the Fighting Clams

Serving as one of New England’s elite club lacrosse programs, the Top Gun Fighting Clams will look to showcase its top players from the region’s most competitive high school programs this summer.

Beginning with the organization’s budding class of 2024, attackman Greg Canning is a natural southpaw with innate leadership qualities.

Perhaps drawn from his experience with different contact sports, Canning uses his body to bully his way into favorable shooting or feeding spots. A multi-sport athlete, Canning also competes at the varsity level in both football and hockey at Worcester Academy.

“Even though the sample size is small, Gregg is always one of the first ones ready for any practice or game, and is first in line in leading drills, stretches, or team breakdowns,” coach Andrew Navoni said. “As a player, Greg continues to evolve into a well rounded attackman. Greg’s dodging ability has seen significant improvement as he has added different levels to his game in this area.”

Two highly-touted brothers, Cam and Jack Daly, headline the class of 2023 for the Fighting Clams. Aside from their tangible skill set, both long-stick midfielders possess the kind of intangibles that coaches at the next level relish.

“Cam is a veritable vacuum on the turf, coming away with the ball even in the nastiest of scrums. Possessing great stick skills, he isn’t afraid to push in transition and poses a threat in every fast break,” class of 2023 defensive coordinator Will Moriarty said. “He is a smart and savvy long-stick midfielder who uses his speed to match every player he faces. Cam shows tremendous grit and tenacity on the turf from start to finish.”

“Jack is a lightning-quick long-stick midfielder that produces highlight reel take away checks. His athleticism sets him apart from the rest and gives him a clear edge over most opposing offensive middies,” Moriarty said. “The hardworking attitude he brings to every second of every game is a privilege to watch.”

As for the class of 2022, it’s difficult to hyperbolize the vast collection of talent that has a chance to make an immediate impact at the collegiate level.

As he will achieve his goal of becoming an outward bound, clever attackman Hudson Durant will look to take full advantage of the few events he participates in this summer.

“Hudson is a very skilled lefty attackman who sees the field well and rides hard,” president Justin Walker said. “We expect Hudson to leave it all out on the field so that every rep carries with it the possibility of being memorable and actionable if coaches like what they see.”

Moreover, class of 2022 midfielder Rex Mabbs has been fueled by the unfortunate circumstances he was dealt throughout the past year. As both his fall and spring seasons were cancelled, Mabbs is jumping at the opportunity to get on the field, play for his team and show off the improvement that he has made through individual practice.

“Rex must have internalized that angst, because he hit the summer circuit displaying a high level of conditioning, and has played like he was shot out of a cannon here in early June,” Walker said. “And it seems many college coaches are already taking notice.”

In addition to soaking up coaching and instruction from Clam alumnus and full time employee Sam Cleveland, midfielder Zach Auble looks to have bulked up.

“The lefty attacks the goal like a man possessed, and shows a propensity for finishing in traffic, and when necessary during or after contact,” Walker said. “Zach has no shortage of interest, and it’ll definitely be very exciting to see where he ends up.”

Multiple coaching staffs have recently shown interest in Auble, with one coach saying he was “the best midfielder” at the recent CT Prep Showcase.

Those within the New England high school lacrosse scene are aware that Belmont Hill is truly among the region’s elite teams. The ISL’s “unofficial” Championship this past season (scores and standings weren’t officially kept, but most concede Bel Hill was the league’s best team), defenseman and long-stick midfielder Tom Goguen was yet another in a veritable deluge of defensive talent.

Goguen, who is tall, rangy and highly skilled,  is currently being sought by Division I and elite Division III programs.

Overall, through the organization’s experienced coaching staff, Fighting Clams athletes receive year round instruction on how to improve not only as lacrosse players, but as people.

This summer, the Top Gun Fighting Clams will look to promote its value of guiding and marketing its athletes extensively through channels and relationships with college coaches at the next level.