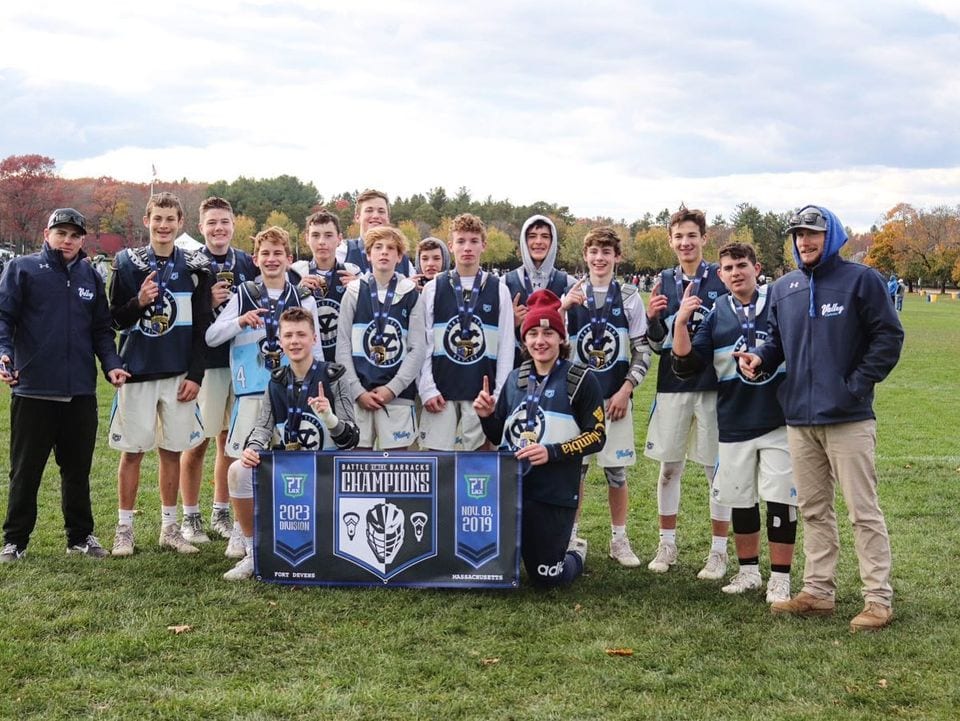 Offering a constructive and dynamic atmosphere for its athletes, Connecticut Valley Lacrosse is operating its 12th season in 2021.

Founded in 2009, the organization places a heavy emphasis on preparing its athletes for success on the next level.

In 11 full seasons as a program, more than 215 Alumni have transitioned and competed at the collegiate level. Connecticut Valley Lacrosse strives to mold its talent towards continued success by preaching values of diligence and unity, and this summer looks to be no different.

While surveying the landscape of Connecticut Valley’s class of 2022 athletes, it’s clear that there is no shortage of promising talent.

As a member of the 2022 Blue squad, attackman Zac Landon is a complete difference maker who is tirelessly working to be the best version of himself.

“(Zac) is shifty, dynamic… and has a knack for finding the back of the net,” recruiting coordinator Matthew Ramsay said. “He is an asset to this team and in addition to his strong skill set, he is a fantastic teammate.“

As for distinctive footwork and communication at the midfielder position, Shane Kulhay is simply just scratching the surface of how good he can be as a two-way player.

“(Shane) is strong, dodges with a purpose, and can also really fill the net. He has a cannon of a shot when he gets his hands free and he is always one step ahead; finding the right pass to make, shot to take, or dodge towards the cage,” Ramsay said.

The depth of Connecticut Valley’s class of 2023, likewise to its other age groups, cannot be overstated.

Similar to Landon, attackman Parker Wallace never seems to be satisfied; Wallace possesses a mindset that will propel him to continued, rapid improvement.

“(Parker) is shifty, has good vision, and always plays with a chip on his shoulder,”  Ramsay said. “No matter what happens on the field, he is always looking to be better than his best. “

Known for his versatility as a 2023 athlete, Alex Cash is a defender and or long-stick midfielder that will catch attention this summer.

“Alex always plays with poise and determination,” Ramsay said. “He is a tenacious athlete who throws well timed checks, pushes the ball well in transition, and communicates well on defense.”

Regarding goaltending, Aaron Hooben has been one of, if not the strongest, goaltender at any age level in the organization for the past few years.

“Aaron is a beast between the pipes. A tall, strong goaltender with incredibly fast hands he is tough to beat,” Ramsay said. “He is a true competitor, hates to lose, and revels in a hard fought win. In addition to doing well stopping the ball he throws well timed outlet passes, commands his defense, and is a true game-changer.”

<News/>
The Glaring Potential of the Fighting Clams