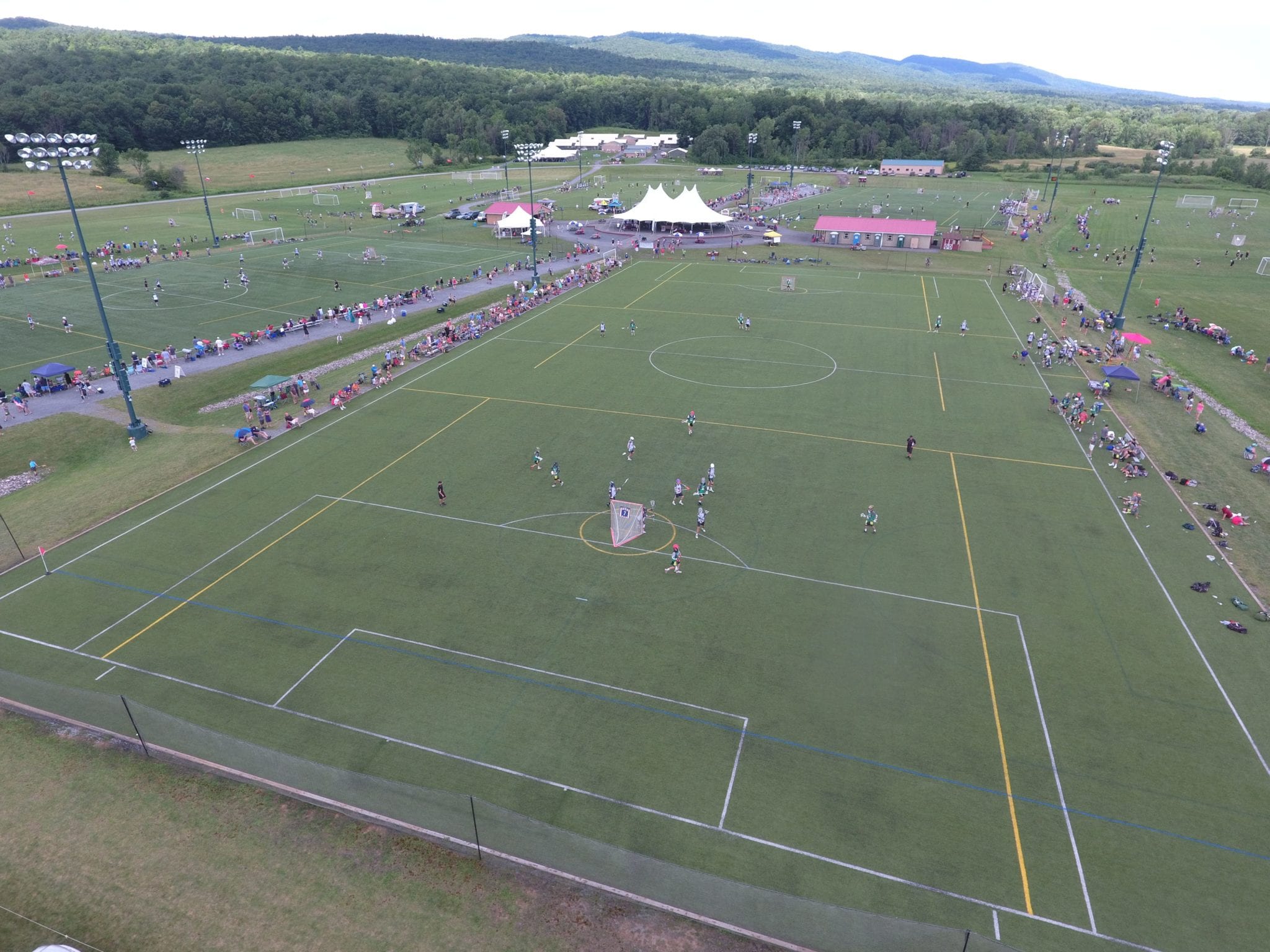 Golden Goal Sports Park is proud to announce that they were able to host the 2017 Lake George National Invitational lacrosse tournament from Friday July 7th – Sunday, July 9th 2017. The tournament was operated by PrimeTime Lacrosse Inc., a leading lacrosse event organization based out of Natick, Massachusetts, that operates tournaments in MA, NY, RI, and FL.

Golden Goal is the perfect home for large scale lacrosse events and a total of 63 teams and approximately 4,000 guests were on site for the duration of the Lake George National Invitational. The tournament was played on GoldenGoal’s eight professional grade fields (four grass and four all weather turf) centered around our unique tournament hub featuring a headquarters pavilion, retail store, snack bar and restrooms. Numerous vendors were also on-site.

PrimeTime Lacrosse is one of North America’s leaders in the sport of lacrosse. With tournaments held in MA, NY, RI, and FL, PrimeTime’s tournaments stand apart from the rest. Featuring a High School Recruiting division, PrimeTime lacrosse offer a unique opportunity for high school students to get looked at by college coaches all across the country. This years event featured brackets ranging from 2018 to 2025 graduates. With over 60 teams competing at the facility over the weekend along with their families and college coaches, this event brought thousands of lacrosse fans to the Lake George region.

In Addition to the Lake George National Invitational, PrimeTime Lacrosse also offered what they call “The Ultimate Team Camp Experience.” This event was held at GoldenGoal beginning July 6th and going right through the tournament on July 9th. This camp allowed players to stay right in Golden Goal’s Athlete Village, where they will were able to enjoy all of the accommodations that Golden Goal has to offer. These campers had access to training from some of the top NCAA programs in the nation including Stony Brook, Towson, Wagner, Binghamton, Bellarmine, Endicott, Cortland, Hampton, Montclair State, SUNY Plattsburgh, Frostburg State and more. Players participating in “The Ultimate Team Experience” received two days of training before entering into the Lake George National Invitational as a Free Agent team to compete against town and club teams from across North America.